I’m not from the South, but I got here as quickly as I could.

And, the South has been really good to me. My list of blessings would take up a year’s worth of blog posts, so just suffice it to say I know that I’m one lucky man, and I’m grateful for all the South has brought into my life.

The reality is that living in the South doesn’t truly make me a “southerner,” so my allegiance toward certain things “southern” has therefore, in my mind, allowed a high level of subjectivity and flexibility…and I’ve recently identified a line I’m struggling to cross.

There’s a Magnolia tree that stands some 50’ tall, towering over the front of our home and casting a formidable shadow across a wide section of our yard.

When we first moved in, I had fashioned an initial sense of admiration for its inherent beauty, its substantial frame, and its “southern charm.” But that was short lived, as I quickly came to realize that it had me sized up even before we finished unpacking.

You see, I’m one of those guys that likes a manicured yard. I’m not necessarily OCD, but then again most are not self-confessed, so maybe I am. The fact is: a clean, picked-up, edged, mown, trimmed, mulched and vibrantly-green yard makes me happy. And the Magnolia simply has other plans…

In short, this American beauty is more akin to a friend of the devil that’s set about to create a ripple in my otherwise sunshine daydream landscape plan.

If you’ve had a Magnolia, you know whereof I speak, and this otherwise-heralded species is simply relentless. The volume and consistency of its production of “yard-trash” (as I tend to think of it) is impressive, but it’s really the SIZE of its various output that made me quickly realize I’d been unwittingly and most-unpreparedly thrust into an all out war of epic proportions.

The leaves are its apparent front line of attack. They are massive, leathery, slick, and devilishly aerodynamic. Just when you think the leaf-blower has the upper hand, the strategic curvature of each leaf allows it to stubbornly imbed (or invert) itself in such a way that even a tropical-storm force wind would struggle to whisk it far away from its mother-ship.

So, for this particular aspect of the battle, I summoned my inner-Mad-Max, and developed a Medieval-like leaf-skewer out of an old mop handle and an assortment of previously-unrelated parts from the neighborhood Lowe’s. Quite ingenious, or so I thought, and it was clear that I was well on my way to victory.

Ah, but next came the branches, and this I truly didn’t see coming. Quite honestly, when you look up at the tree, it leaves you flabbergasted as to where these branches could have possibly parted way. It’s as if the tree itself produces this unbroken chain of branches not at all for growth, but simply as a matter of strategic and psychological warfare.

Anyone who knows me, knows I’m not easily out-worked, so aside from my astonishment of just how these branches actually appear, I was well-equipped with a strong work-ethic to roll up my sleeves and get to work on the daily pick-up of the mystery branches

Lastly – and it’s simply my ignorance along with perhaps a healthy dose of naïveté that had me imagining I had established the upper hand in this hard-fought battle – came the seed-pods. It’s no surprise at all that these hearty, heavy, and prickly ammunition take on the uncanny appearance (and shape) of hand-grenades. They practically shake the house as they strike the roof in their apparent attack from above, and their size, composition, and numbers make it an impossibly-long (and seemingly never-ending) chore to affect their removal.

Against this final line of attack, I have no real power or strategy, and I realize, of course, that the victor in this war has long since been scripted and declared. Generations of property owners before me have most assuredly (and likely more swiftly) acknowledged their defeat in this impractical and illogical pursuit. The problem with me is that my nature runs just as deep as the Magnolia’s, and I’m simply too stubborn to quit.

As such, we both keep truckin’, the war ensues, and the Magnolia and I are, perhaps, working diligently (if not passionately) to earn each other’s respect, which is – most certainly – the southern thing to do. 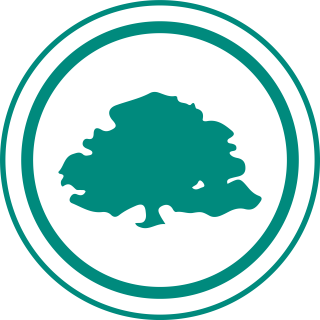